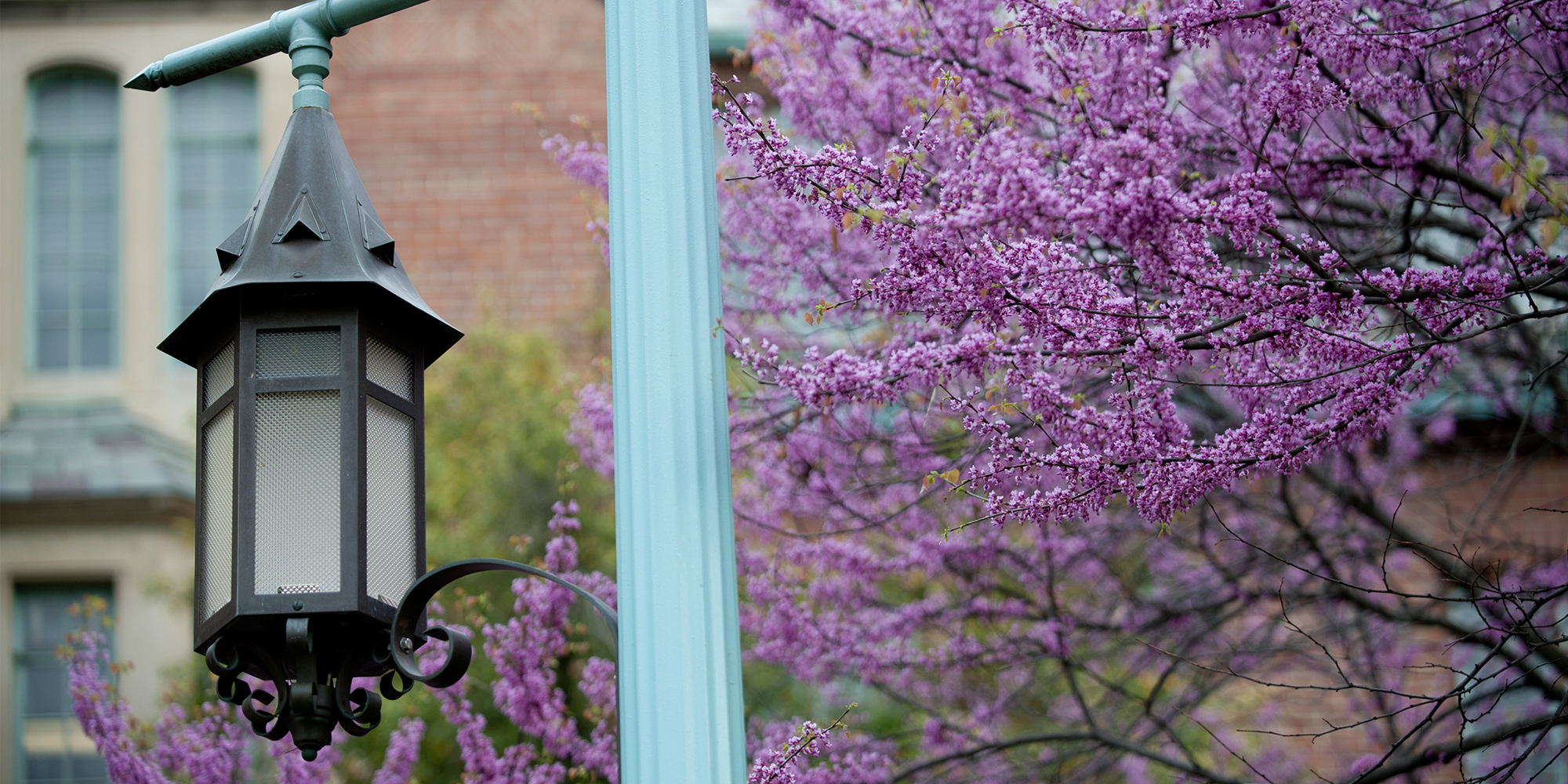 More than 3,500 writing instructors and researchers gather every spring to attend the Conference on College Composition and Communication (CCCC) and the Association for Teachers of Technical Writing Conference (ATTW), and MSU is usually well-represented. 2017 proved to be no exception for the Department for Writing, Rhetoric & American Cultures, as department faculty, alumni, and graduate students were a significant presence on panels, in workshops, and at special interest group (SIG) and caucus meetings. While we’ve already presented quick quides to WRAC involvement at ATTW and on Day One, Two, Three and Four of CCCC, we wanted to take a deeper look at the impact WRAC had at these important conferences.

The week kicked off with ATTW on Wednesday, March 15th. ATTW is a national organization for teachers and students of technical communications, as well as professionals technical communicators. Their conference, which celebrated its 20th iteration this year, offers an opportunity for members to gather to discuss new research on technical communication and pedagogy. MSU has a long-standing relationship with the organization, as Professor Bill Hart-Davidson, Associate Dean of the College of Arts and Letters, was named an ATTW Fellow during last year’s conference, joining Associate Provost Jeff Grabill, who was recognized in 2014.

This year’s ATTW consisted of 29 individual panels, roundtables, or talks, spread across four sessions, and WRAC representatives took part in a number of them. All told, WRAC faculty, alumni, and students took part in 10 sessions (34% of all sessions), and appeared on the program a total of 21 times. That number included three 2016 PhD recipients: Matt Gomes, Casey Miles, and Laura Gonzales. ATTW also served as a showcase for WIDE, MSU’s research center for Writing, Information, and Digital Experience, as Director Liza Potts, Research Assistant Victor Del Hierro, and former Research Assistants Heather Turner and Minh-Tam Nguyen all presented. In addition, more than a dozen WIDE-affiliate researchers from across the country also participated in the conference.

While WRAC was a significant presence at ATTW, it was at CCCC that the department’s real impact was seen. The conference, which ran from Wednesday through Saturday, is the largest gathering of writing researchers every year, with nearly 4000 registered attendees this year. Those attendees had an opportunity to attend almost 700 panels, roundtables, talks, or workshops spread across the four days of the conference, along with special interest groups, caucuses, and business meetings that will shape the organization’s priorities in the coming years. Through all of that, WRAC involvement was obvious.

The conference historically kicks off on Wednesday with workshops and the Research Network Forum, a work-in-progress session where graduate and undergraduate students have an opportunity to present their work to small panels of senior researchers for feedback and encouragement. First-Year MA Students Garrett Colon and Johnathan McClintick were both selected to participate as presenters this year, with Doug Eyman, one of WRAC’s first PhDs and a current faculty member at George Mason University, providing feedback.

On Thursday, the conference kicked off in earnest, and 666 sessions took place over the next three days. WRAC representatives took part in 64 of those panels, allowing an attendee to see a member of the department’s faculty, or a student or alumni, during all thirteen concurrent sessions. While the conference officially limits participants to a single speaking roll, 81 WRAC representatives appeared on the program a total of 102 times, demonstrating the significant role the department plays in shaping the national conversation in Rhetoric and Composition.

More impressive than the number of people that appeared on the program was the diversity of the participants. At least one representative from every cohort in the department’s history appeared on the program, from Suzanne Rumsey, who earned the first PhD awarded by WRAC in 2006, to Everardo Cuevas, a second-year MA. In all, more than two thirds of all PhD recipients presented their research at some point during the conference, with many, including Angela Haas, Qwo-Li Driskill, and Eyman bringing graduate students of their own.

Graduate students from WRAC made up a significant presence of their own at CCCC this year. All eight members of the second-year PhD cohort appeared at this years conference, with five of them, Lauren Brentnell, Elise Dixon, Shewonda Leger, Hannah Espinoza, and Kristi Wiley working together to present a panel, Sustaining Identity through Cultural Practice(s) as a Cohort, looking at how the community they’ve build since arriving at MSU supports their research and personal growth. They were joined on the program this year by graduate students presenting on subjects as diverse as transportation studies (Maria Novotny), neuroscience (Erin Schaefer), and Food Rhetorics (Jaquetta Shade and Santos Ramos).

A variety of WRAC faculty were involved in the conference, with both fixed-term and tenure track professors presenting. Department leadership, including Department Chair Malea Powell, the Director (Bump Halbritter) and Assistant Director (Joyce Meier) of First Year Writing, the Director of the Graduate Program (Danielle DeVoss), and the Director (Trixie Smith) and Associate Director (Joseph Cheatle) of the Writing Center all participating. Meier also served as co-chair of the Community Writing SIG, while Professors Alexandra Hidalgo and April Baker-Bell led the Academic Mothering in Rhetoric and Composition SIG. MSU faculty and alumni also led the American Indian Caucus, the Asian/Asian American Caucus, the Queer Caucus, and the Cultural Rhetorics Consortium meeting.

It wasn’t just during the presentations and group meetings that WRAC was highly visible at this year’s CCCC. Jacqueline Rhodes, a new addition to WRAC this year, was awarded with her second consecutive Lavender Rhetorics Award for Excellence in Queer Scholarship (book), for her collaboration with Jonathan Alexander on “Sexual Rhetorics”. The Lavender Award for best dissertation was awarded to Jon Wargo, a 2016 PhD from MSU’s College of Education and friend of the program, marking the second consecutive year that an MSU alum has received that award, following WRAC’s Katie Livingston in 2016. Laura Gonzales, a WRAC alum in her first year on faculty at University of Texas at El Paso, was recognized with an Honorable Mention for Best Dissertation in Technical Communication, and “Survivance, Sovereignty, and Story: Teaching American Indian Rhetorics”was an Honorable Mention for the 2017 Outstanding Book Award. Survivance included contributions from WRAC’s Dr. Malea Powell, and alumni Driskill, Haas, and Andrea Riley-Mukavetz.

Jim Ridolfo, a 2009 WRAC PhD, took home the CCCC Research Impact Award for his book, “Digital Samaritans: Rhetorical Engagement in the Digital Humanities. The award recognizes the research publication that most advances the field of composition and rhetoric. This is the second year in a row that Ridolfo, currently the Director of Composition at the University of Kentucky, has received a major book award, as the book he co-edited with Dr. Hart-Davidson, “Rhetoric and the Digital Humanities,” received the Computers and Composition Distinguished Book Award in 2016.

With all these awards and presentations, the Conference on College Composition and Communication and the Association for Teachers of Technical Writing Conference proved to be successful platforms for the Department of Writing, Rhetoric & American Cultures to demonstrate the variety and depth of the research that’s taking place inside and outside of the department, but they are hardly the only national or international conferences where WRAC is highly visible. Other conferences where you can catch up on the research being shared include Cultural Rhetorics, Computers and Writing, HASTAC, IWCA, and Meaningful Play. WRAC representatives often find themselves on the front line of innovations and new research in Rhetoric, Composition, Writing Center Studies, Indigenous Studies, Technical Communication, and Pedagogy, so, if you happen to see a WRAC student, faculty member or alum on a conference schedule, make sure to take advantage of the opportunity to hear them speak.

New Course Teaches How to Ethically Record and Edit Sound